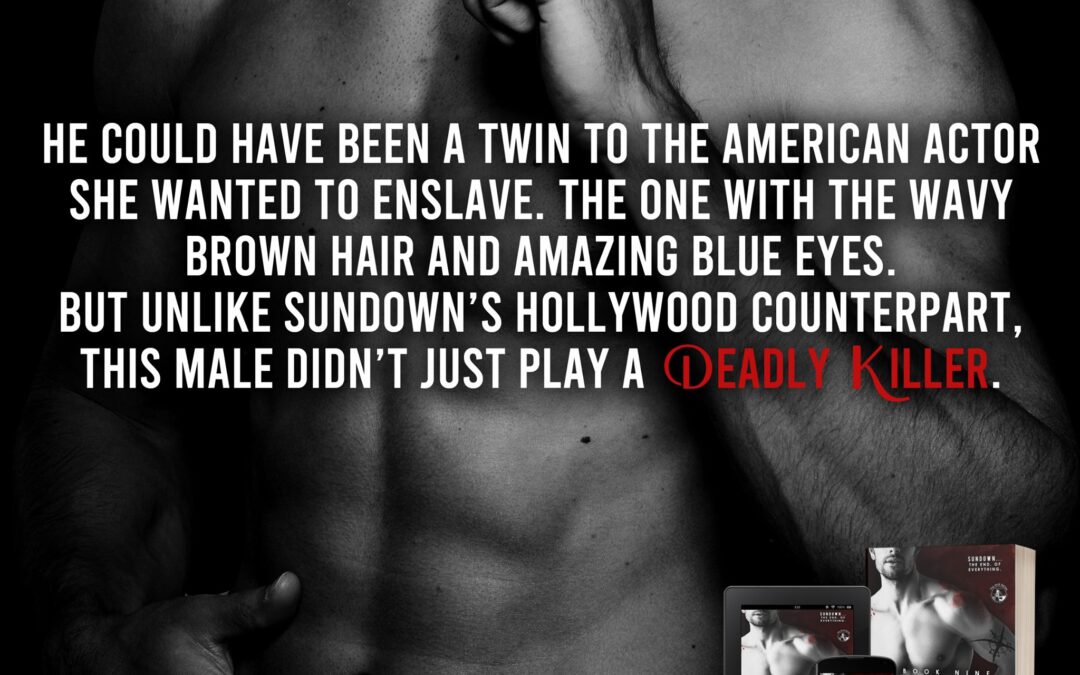 “No!” Lucifer screamed as he ranted next to the viewing glass. Bounce’s plan became as crystal clear as the view from the moment Bounce turned on his men. He’s raged at the High Council guard squad leader to stop each time a round from their weapons were fired. The guns were fabricated from the fires of Heaven. One blast potent enough to kill a dozen humans or one being from Heaven or Hell. Lucifer screamed as shot after shot struck Bounce. Yet, the man did not go down. Bounce continued to allude and fight. All to save his fucking precious Grid and it’s slaves.

By destroying it all.

An explosion rocked his view as a bright light filled the scene. And then the viewing glass went dark. “God damn you, Brother!”

He threw out his hand and the glass shattered. It would re-manifest of course. It too, created by Heaven’s design. But it would take time.

Looking up as a portal opened beneath one of the chamber’s marble arches, Lucifer felt a flood of relief to see the squad leader, Alaric and two of his men dragging Bounce between them. Blood soaked Bounce’s sneakers and clothes. Dripped onto the white hard floor at their feet. Stalking forward, he snarled at the squad leader, “I ordered him taken alive!”

Alaric smirked, wiping a bleeding gash on his forehead. “He is alive. Which is very strange.” He stepped closer to Lucifer. “How is he alive? Struck by four light bolts, yet he lives. Continued to fight us here.  No one below the level of the original avenging angels or The Omega can withstand more than one bolt. Who is this Bounce? And why is he so important to you?”

Lucifer stepped around the Council guard and over to Bounce. Gently lifting his head up, he found wide, rage filled eyes nailing him with accusation and condemnation. A shade of delicious and deadly red. Not surprising. Regardless, joy filled Lucifer at finding him alive. Hate or not.

“You have no idea what you’ve done.” Bounce spat out, blood speckling Lucifer’s face. “You will never get my Grid.” He laughed bitterly. More blood dripped with each word as did a weakness at the loss. “And you greatly underestimate those on it. Do you think they’ll stop fighting with me gone? No.”

Lucifer sighed as he gently stroked his fingers along Bounce’s cheek. “Why Brother, how could I claim what you’ve blown it up? But have no worry. I will hunt down and kill whatever or whoever is left of it.” He then pressed a kiss on Bounce’s forehead right before the man passed out. He whispered, “I will be all that you need. Because I will be all that you have left.”

Standing, he wiped the blood from his face and fingers with a silk pocket square as he straightened himself both outwardly and inwardly. Bounce… even in his hate, reached parts of Lucifer no one else could.  “Take him to the chambers I have prepared. Get our best healer to care for him. Assign a chamber servant immediately.” He stepped back to allow the other two guards to follow his orders. “Utmost care is to be given.”

Waiting until Bounce and the guards exited the chamber, he turned to face Alaric and scowled. “You dare to question the High Chair of the Council?” Fire sprung around his fingers. It flickered in Lucifer’s eyes. “I should vaporize you. But I’m tempted to send you to the Hell fires to be tortured for the rest of your immortal days for doubting your duty. For demanding answers which are above your station, Alaric.”

“Dozens if not more died in the explosion of taking the Grid Boss! I lost most of  my squad! Omega would never have—” The squad leader roared in reply before bowing his head and taking two steps back. Surely realizing how dangerous invoking any matter regarding Omega would be. “I only question when I need to know what type of fallout I’ll need to address security wise.”

His dark green eyes lifted to meet Lucifer’s. A bit too brazen and bold for his liking. But he didn’t have time to teach the oldest member of the guards a lesson in respect. The guards of the High Council served simple purposes—protect those who sat on the council and to honor without question the orders sent from the highest chair of it. One Lucifer, not Omega, now sat in.  The man might be a problem. Lucifer etched himself a mental note to address it sooner rather than later. But he needed to check on Bounce. Alaric’s disciplining could wait.

“Then do your job. But do not forget what it entails.” He stepped into Alaric’s personal space and cocked his head to the side as he bared his fangs. “And Omega’s rules no longer apply. Only mine. It would do you well to remember that, Alaric.”

Lucifer left the main chamber and felt Alaric’s eyes burning into his back as he walked away. As sharp as any dagger from a traitor disguised as a friend. It no longer bothered him—eons of being the villain had it’s advantages. The status demanded a skin so thick and hard, the heart could not be reached. Lucifer had zero intention for that to change.

Except when it came to the man who bled in a chamber and now, his personal prisoner.