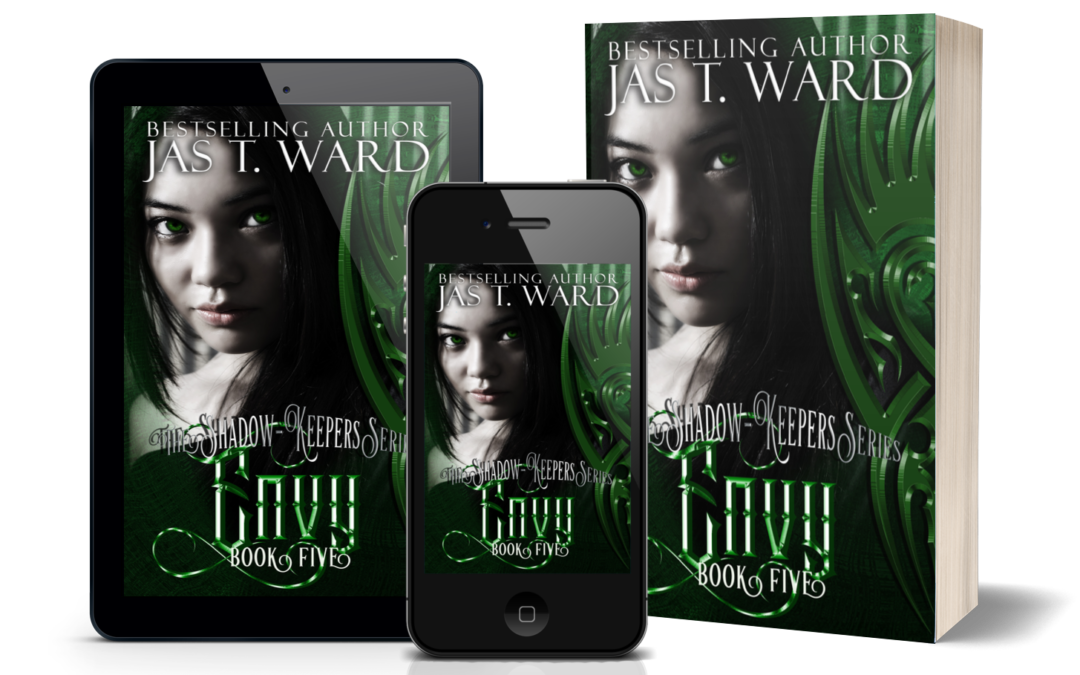 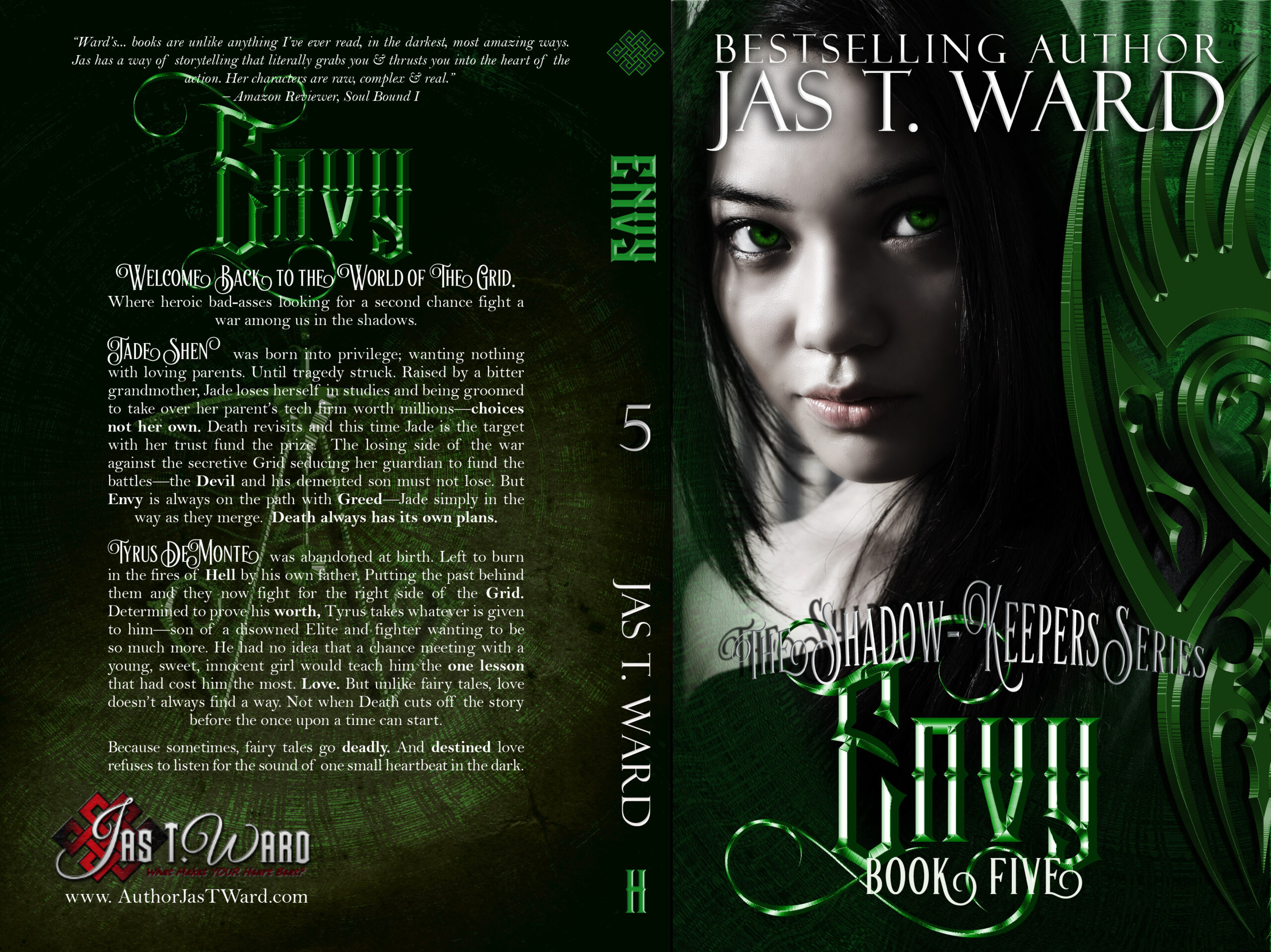 Sometimes, fairy tales go deadly. And destined love refuses to listen for the sound of one small heartbeat in the dark.

Jade Shen was born into privilege, wanting nothing with loving parents. Until tragedy struck. Raised by a bitter grandmother, Jade loses herself in studies and being groomed to take over her parent’s tech firm worth millions—choices not her own. Death revisits and this time Jade is the target with her trust fund the prize.  The losing side of the war against the secretive Grid seducing her guardian to fund the battles—the Devil and his demented son must not lose. But Envy is always on the path with Greed—Jade simply in the way as they merge.  Death always has its own plans.

Tyrus DeMonte was abandoned at birth. Left to burn in the fires of Hell by his own father. Putting the past behind them and they now fight on the right side of the Grid. Determined to prove his worth, Tyrus takes whatever is given to him—son of a disowned Elite and fighter wanting to be so much more. He had no idea that a chance meeting with a young, sweet, innocent girl would teach him the one lesson that had cost him the most. Love. But unlike fairy tales, love doesn’t always find a way. Not when Death cuts off the story before the once upon a time can start.

Welcome Back to the World of The Grid.
Where heroic bad-asses looking for a second chance fight a war among us in the shadows.

Ward’s… books are unlike anything I’ve ever read, in the darkest, most amazing ways. Jas has a way of storytelling that literally grabs you & thrusts you into the heart of the action. Her characters are raw, complex & real – Amazon Reviewer – Soul Bound I